It was as normal a Monday morning as any for pro bono practitioner, Steven L. Jager, when he got a notification from the Los Angeles Tax Court Clerk requesting his services. Representing the David  Nazarian College of Business and Economics’ Bookstein Low Income Taxpayer Clinic (LITC), Jager was placed in a breakout room on Zoom with the petitioner, Ramiro Anthony Jimenez, and two additional pro bono lawyers from other low-income tax clinics to discuss Jimenez’s case. This case would eventually go on to become a win for both Jimenez and Jager. 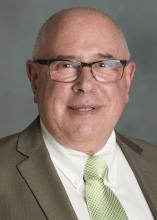 Accused of owing over $60,000 to the Internal Revenue Service (IRS), Jimenez sought help in fighting this notice and explained his case to Jager as well as the other two lawyers. He was initially listed as a co-guarantor on his parents’ home mortgage some years ago, but his parents experienced financial difficulty and were unable to pay their mortgage. The burden fell onto Jimenez, though the debt was eventually forgiven. Although there were a number of other issues relating to the filing of a $118,166 tax return, the debt cancellation became the major issue. The IRS later sent a Statutory Notice asserting that Jimenez now owed the $60,000, including multiple penalties and interest calculated.

Jager, after hearing the main facts of the case, asked Jimenez whether or not he was insolvent at the time of the loan cancellation. Insolvency, which is when a person’s cumulative debts exceed their possessions, would make Jimenez’s income non-taxable and prove that he could not owe the government $60,000. It was realized that Jimenez was, in fact, insolvent and so, Jager, who took the lead,  had to now argue this fact in front of a judge. The case was continued until a resolution was finally reached months later in April. What started as a $60,000 IRS bill for Jimenez was now reduced to less than $6,000 through the work of Jager.

While Jager was optimistic about the happy ending Jimenez was able to obtain, he also could not overlook the fact that so many IRS employees ignored the issue in Jimenez’s case. The fact that many experienced employees had not thought to ask Jimenez whether he was insolvent at the time or not both surprised and confused Jager.

“I suppose I will never know why none of them – the IRS Appeals Officer, his or her Team Manager, the IRS Counsel Lawyer and his Manager – ever bothered to ask Mr. Jimenez whether he may have been insolvent at the time of that debt forgiveness,” said Jager. “This is surely one example of how vitally important the Low Income Tax Clinics are to those Petitioners who do not have professional representation. Personally, I am very proud to be a part of the LITC community, and I am grateful to my partners at Fineman West & Company, LLP for supporting my efforts.”

The Bookstein Low Income Taxpayer Clinic was established to provide low-income taxpayers facing tax disputes with the IRS free representation. It is operated year-round by trained undergraduate accounting and graduate tax students that are supervised by an experienced tax faculty. Jager is one of many volunteers who have since graduated, but still work with the Bookstein Low Income Taxpayer Clinic to help citizens like Jimenez.

“Steve’s continued work with our Bookstein Low Income Tax Clinic is invaluable,” said Chandra Subramanian, dean of the Nazarian College. “He is a great example of the impact the clinic and our volunteers, both students and alumni, have on the community. There is a significant need for these services and Steve’s partnership is beyond helpful in allowing us to fulfill it.”

Steve Jager’s article on this case, “A Memorable and Lasting Experience in the U.S. Tax Court,” will be published in the Summer 2021 issue of the Journal of Tax Practice and Procedure.