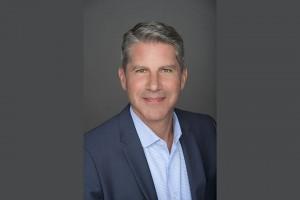 Gersh, president of entertainment magazines People, People En Español and Entertainment Weekly, will talk about what it is like to manage a media powerhouse, his time at the university and his path through the entertainment media world.

Gersh’s talk is scheduled to take place from 5:30 to 7:30 p.m. in the Northridge Center of the University Student Union, located on the east side of the campus off Zelzah Avenue. The event is open to the public, though seating is limited.

Gersh graduated from CSUN in 1991 with a bachelor’s degree in accounting theory and practice. His first job out of college was with the accounting giant Arthur Anderson, where he had interned while at CSUN. His career shifted in the late 1990s, when Gersh joined NBC as a strategist on the business development side. He left the network to help launch a sports website.

In 2000, Gersh took a job with Disney/ABC, where he worked for the next eight years, eventually becoming the company’s senior vice president of business development. He was responsible for business development online, ABC daytime and ABC’s television studio. In 2006, Gersh won an Emmy for Outstanding Achievement in Enhanced or Interactive Television (New Delivery Platforms) for the ABC.com Full Episode Streaming Player, a forerunner to popular episodic TV streaming services such as Hulu.

In January 2016, Time Inc. hired Gersh as senior vice president of strategy and business development. Shortly after media conglomerate Meredith Corporation completed the purchase of Time Inc. last year, Gersh was promoted to president of the popular entertainment magazines People, People En Español and Entertainment Weekly. In this position, he oversees all aspects of the magazines’ operations including editorial, advertising, marketing, sales and finance.

For more information about the Nazarian College’s Distinguished Speaker Series or to register to attend the free event, click here.