Dream of becoming your own boss? These women made it happen during COVID by Samantha Masunaga, Los Angeles Times 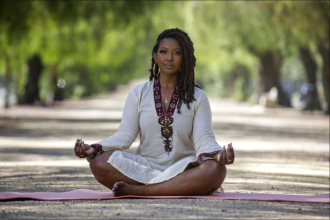 More than a decade later, she decided to give it a go — amid a global pandemic that was hammering the economy and shutting businesses.

“I was like OK, you’re not getting any younger, so this is the time. If you’re going to do it, just do it,” said Wash, who quit her job as an employee of the city of Alameda a few months ago to focus on getting her business, Meticulous Designs, off the ground.

The pandemic has disproportionately affected women, with significant numbers laid off, leaving their jobs or reducing work hours to care for children being schooled at home or other family members.

It had another effect too: Women, especially those who had never before started a business, took up entrepreneurship, spurring a wave of first-time business ventures that experts say is a pandemic silver lining worth investing in.

“The conversation can’t end with, ‘This is an inspiring trend.’ We have to find ways to support these new business owners.”

LUKE PARDUE, AN ECONOMIST AT GUSTO

For women who are the primary income earner in their household and whose jobs were affected by the pandemic, taking that leap was a financial necessity. For those who are part of dual-income households, with a greater financial cushion or less spending obligations, the pandemic gave them time to think about what they really wanted to do with their lives.

“The pandemic just created a little more space for people to pursue the things they’ve been thinking about or wanting to do but didn’t have the time or capacity to do when they had to commute to work or sit at a desk or just be in the office,” said Hayya Lee-McDonald, chief executive of Next Chapter Property Solutions and founder of the Women Small Business Owners Network group on LinkedIn.

Human resources platform firm Gusto found that 49% of people who started businesses during 2020 were women, up from 27% in recent years, according to a May survey of about 1,500 business owners who used Gusto’s software.

The most recent census data on female business owners nationally dates to 2018 so it’s difficult to quantify the trend, but many women who run entrepreneurship groups on sites such as LinkedIn and Facebook have reported scores of new members, many of whom are first-time business owners.

“A lot of people through this time have had some hard and harsh realities to deal with and sit with, and I think that entrepreneurship makes an incredible amount of sense for a lot of people,” she said.

New female entrepreneurs have gravitated toward coaching, virtual assistant and e-commerce businesses, particularly as remote work and virtual conferencing software became the norm, according to founders of women’s business groups on social media.

The pandemic’s emphasis on virtual connections helped Jessica Bruny and her mindfulness coaching business, JessBeU, reach people when and where they were. The Upland resident had the idea for her business for several years but chose to finally start it in June 2020.

“This virtual presence has also opened a plethora of doors for people to connect with people around the world but also see how they can be able to share ideas, start businesses, meet new friends, begin new relationships,” she said. “It’s like no other.” 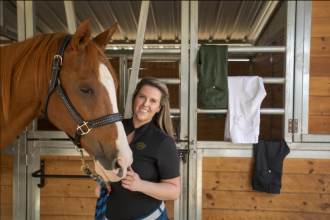 Alexa Stanfill graduated from law school in December, into a job market with few opportunities for entry-level lawyers.

She needed a job, and she had long thought about starting her own business, particularly in the horse industry. As an equestrian herself, she knew horse-riding pants could be expensive and uncomfortable.

In January, Stanfill, her mother, Shelby, and friend Kara started Esprit Equestrian Wear, a Murrieta-based e-commerce company that started off selling low-cost horse-riding pants ($60 per pair, as opposed to the traditional cost of $150 to $200 on the low end).

Stanfill set up a website and negotiated with manufacturers, and within six months, the company had sold almost 4,000 pairs of pants. Her merchandise has since expanded to include belts, sun shirts and jewelry.

Though it was scary to start a business during the pandemic, Stanfill said the flexibility of running her own company quickly paid dividends. She can choose when she works and does not envy the long hours and rigid work schedules of lawyers. She looks forward to planning longer-term travel.

“Starting this e-commerce business will give me more freedom to do that than be attached to a desk,” Stanfill said.

A Facebook group called The Female Entrepreneur Community also exploded in membership during the pandemic, from 880 members at the beginning of the year to nearly 45,000 by August, said Whitney McQuade, the group’s founder and a business coach.

McQuade said she started the group to provide an inclusive community online because she and other Black and biracial women she spoke with felt “we were not represented in the online space.”

Women of color were hit harder by job losses during the pandemic than white women, and many struggle to rebound professionally, with families disproportionately hit by COVID-19 and juggling child- or family-care obligations. Other online groups shied away from discussing racial justice and its effect on businesses, and McQuade wanted to create a space where a diverse community felt it was seen and heard.

“It was creating a really safe space for women to come together during these trying times,” McQuade said. “There were a lot of people who had no idea how to run a business but needed to receive feedback, support and guidance to make it work so they could provide for themselves, provide for their families.”

A March survey conducted by Gusto and the National Assn. of Women Business Owners found that of the women who started new businesses during the pandemic, nearly half were women of color. They were more than twice as likely as white women to say that they started their new businesses because they were laid off or worried about their financial situation.

“This is a very inspiring trend of women of color turning obstacles into opportunities and creating new businesses, but the conversation can’t end with, ‘This is an inspiring trend,’” said Luke Pardue, an economist at Gusto who wrote the survey report. “We have to find ways to support these new business owners and make sure their businesses don’t fail.”

Economic and entrepreneurship experts say that would require more investment in small-business development centers, low-cost consulting and other programs that give women the education and tools to learn and grow their businesses.

“Women are very, very strong in terms of gaining social support, family support, informal social networks,” said Lois Shelton, a professor at Cal State Northridge who specializes in entrepreneurship and strategy. “Where women have somewhat of a disadvantage ... are accessing these business networks. That’s where men are very strong.”

Spurred by the setback women have faced in the workplace during the pandemic, entrepreneur and venture capitalist Brit Morin started Selfmade, a 10-week online entrepreneurship seminar for women.

Since June 2020, nearly 2,000 women ages about 20 to 70 have gone through the program. Of those who attended, about half had recently become unemployed or furloughed, and the other half had a side job that they hoped to make into a full-time gig. Many women wanted to join the program to work on what they’re most passionate about, Morin said.

“With the pandemic, a lot of people have reevaluated their life,” Morin said. “They want to have a job that’s meaningful to them.”

Esmeralda Jimenez recently went part-time at her property administrator job to focus on growing her Mexican pastries and bread business, Clementina’s Sweets. She founded it in San Diego in late 2019 as a passion project for weekends and off-hours. After the recent deaths of family members and friends, Jimenez decided to take the leap and focus more on what she loves.

Although it was difficult to leave the security of her job, Jimenez knew she had to give up something to keep growing the success of Clementina’s Sweets, which is named for her grandmother.

“Life is not easy,” she said. “Doing what you love, that’s what makes life.”