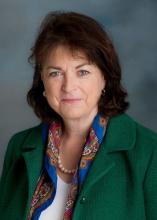 There is always a level of risk involved when a private equity firm buys a company for the investors and the company’s shareholders and employees. Few realize that the risk may be the firms themselves, according to California State University, Northridge business law professor Melanie Stallings Williams.

Williams co-authored an article, “Masters of the Universe: Bid Rigging By Private Equity Firms in Multibillion Dollar LBOs,” for the University of Cincinnati Law Review that throws the spotlight on a rare class-action lawsuit in which the plaintiffs – shareholders in companies purchased – demonstrated that some of the world’s largest private equity firms unlawfully colluded to ensure that they held down prices on the companies they were bidding to buy.

“I don’t think people realize that when this happens, it’s our money, yours and mine, that’s involved,” Williams said. “Yes, some of the shareholders are monied people, but some of the shareholders are retirement funds and the type of mutual funds that your grandmother owns. These aren’t just rich people they are taking advantage of. It’s you, me and the people we care about.”

What made the case stand out, Williams said, is that the plaintiffs made their case by using auction theory — a form of game theory, which measures the strategic interaction between rational decision makers—to show how the private equity firms colluded in the market for multi-billion dollar leveraged buyout transactions.

Joining Williams in authoring the paper were Christopher M. Burke, a partner with the law firm of Scott & Scott; Stephanie Hackett, an associate at Scott & Scott; David W. Mitchell, a partner with the law firm of Robbins, Geller Rudman & Dowd LLP; Simon J. Wilke, dean of faculty of business and economics at Monash University; Michael A. Williams, director of Competition Economics, a legal research and consulting firm, and Wei Zhao, also with Competition Economics.

At the center of their article is Dahl v. Bain Capital Partners, LLC, which settled in 2014 for $590.5 million after nearly seven years of litigation. Williams said the case’s legal documents offered a rare look into how major private equity firms operate and highlighted how the use of auction theory can be used to demonstrate antitrust injury and to quantify damages.

Williams said the shareholders alleged an overarching conspiracy by a “buyers’ cartel” that did not involve the purchase of a commodity, but the leveraged buyouts of companies.

Williams used the example of buying a house to illustrate what the shareholders alleged the private equity firms did.

“Let’s say you and I are buying houses as an investment,” she said. “Instead of bidding against each other — which runs up the prices as the bidding goes up — we decide to divvy up the houses. I won’t bid for the house in Van Nuys, letting you have it for a cheaper price because we are not driving up the price by bidding against each other for it. I’ll get the house in Northridge, again without the bidding war.

“The private equity firms were doing something similar, only they weren’t divvying up houses, they were divvying up the leveraged buyout of companies,” Williams said.

Private equity firms are usually made up of wealthy individuals or institutions for the purpose of buying up companies and turning a profit, usually within just a few years. An equity firm buys a company through auction, and then increases the value of the company by upgrading systems and processes or by laying off workers and closing unprofitable operations. In the case of leveraged buyouts, the firms use a combination of equity and debt to buy a company in such a way that the company’s cash flow is the collateral used to secure and repay the borrowed money.

Williams said in the “big money” world of private equity firms, it is often hard to clearly demonstrate collusion.

“Antitrust lawsuits are very difficult to prove,” she said. “It’s hard to find direct evidence — firms don’t announce that they are going to work with one another to illegally keep the prices down on the companies they are interested in buying. These are complicated lawsuits that are often hard to get juries, and even judges, to understand.”

In case of Dahl v. Bain Capital Partners, LLC, the plaintiffs engaged economists who were able to demonstrate that the firms colluded by using auction theory. Auction theory states that if a market is competitive, the price should rise until there remains only one bidder. That didn’t happen with in the instances cited in the lawsuit, Williams said.

“Economic analyses show that the cost to shareholders of collusion in the eight multi-billion dollar leveraged buyout transactions that plaintiffs’ cited in their case approached $12 billion,” Williams said. “That’s a lot of money.

“It’s rare that we get a chance to look behind the curtain to what truly goes on at these major private equity firms,” she said. “This case gave us that rare opportunity, and it definitely should raise some questions about their practices. And it also provided a rare opportunity for economists to out an economic theory, auction theory, to the test in a legal proceeding.”