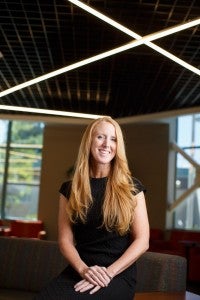 Twitter is known for its engaging content, social media activists and opinionated users that often reinforce societal trends. There are also those who use Twitter to attack.

These “angry tweeters” can have an oversized impact on a business’s brand identity, according to California State University, Northridge marketing professor Kristen Walker.

Based on her research, Walker said that Twitter users tend to tweet with criticisms that are either deep with value – giving brands input that makes change for good, or “seeking impulsive feedback.” Brands should recognize who consumers are, and decide if or how, they want to respond in a timely manner so that they could potentially work with consumers for a solution, according to Walker.

“I was most surprised that brands need to realize that social media behavior is a form of venting,” said Walker. “How a message is framed creates a ripple effect that is amplified, and retweets or virality show whether the message resonates with others. Social media puts the consumer in the power position.”

Walker, who has taught marketing within the CSUN David Nazarian College of Business and Economics for more than 12 years, has been conducting research on past Twitter campaigns with Kimberly Legocki, a student within CSUN’s joint Doctorate of Business Administration program with the Grenoble Ecole de Management.

Walker was approached almost four years ago by Legocki, who was interested in analyzing Twitter data to understand how brands can better react to unhappy consumers. Their main research analyzed campaigns from Walmart, McDonald’s and GoDaddy that were facing social media crises – encapsulating the fields of retail, fast food and technology.

“We picked these events because there is one main cause that activists rallied around with a stop and start date,” said Walker.

One example of an event occurred in 2015, when Walmart began selling an Israeli soldier costume for children during Halloween. The thumbnail photo showcased a young boy wearing a red hat and holding a gun in his right hand. This sparked international outrage on Twitter because violence between Israel and Palestine was at an all-time high and the Twitter community deemed this culturally insensitive. Walker said that in this instance, Walmart did not respond directly to the Twitter activists but did remove the costume from their website.

“These messages [from consumers] often create a call for change,” said Walker. “We want to know the activist quality that a lot of consumers express in their tweets because it is not just about the outcome, but how brands should engage in a timely matter so that consumers and brands could work together.”

The activist quality Walker discusses delves into the idea that these Twitter brand backlash events are not random. In the same way brand campaigns are planned, users rally together with hashtags and community leaders emerge in a productive way to get their message out. How these “call for change” messages are framed creates “ripple effects” that amplify a message, often causing a bandwagon of Twitter users to engage in the outcry of campaigning. Twitter users very often rally around specific causes and brands should recognize this, according to Walker.

One of their important findings is that companies should monitor keywords and developing hashtags when viewing tweets to nurture a bond with customers. Their data found that not all of the online viral attention is bad – some Twitter users are creating a valid call for action from brands.

Walker, Legocki and their co-author Mike Eilert, a marketing professor at the University of Kentucky, recommend that businesses study the relationship their brands hold with consumers on Twitter to discover which means of communicating with them are most useful.