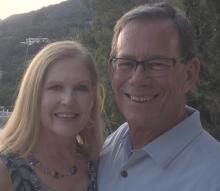 Both gifts were inspired by Lisa and Wayne’s value and appreciation of the education they received at CSUN and the opportunities it provided them throughout their lives.

“Our education and experiences at CSUN provided us the skills and confidence to achieve success well beyond our expectations. In many cases, we’ve been able to open doors we didn’t know existed,” said Lisa and Wayne.

Recognizing CSUN's positive impact, Lisa and Wayne wanted to support the students, faculty and programs in the Nazarian College so that future alumni may have similar experiences, opportunities and success.

About the Lisa and Wayne Stelmar

Lisa and Wayne Stelmar are both Nazarian College Accounting alumni having graduated from CSUN in 1979 and 1976. Following their graduation, both began their careers in public accounting at Grant Thornton, where they became CPA's. Lisa moved to Ernst &Young in 1981 and while there, was promoted to Tax Manager and earned her MBT from University of Southern California. Lisa left EY in 1987 to pursue her own tax and accounting practice. Wayne left Grant Thornton in 1985 to pursue his passion for real estate and joined Kenneth Leventhal. In 1988, he joined the Watt Companies and served as the Chief Financial Officer of Watt Residential Partners. In 1998, the company merged with UK based John Laing Homes. In 2006, he led the sale of John Laing to Dubai based Emaar Properties where he continued as CFO. Wayne, along with three peers, founded The New Home Company in 2009, and as CFO led the effort which resulted in NWHM becoming a public company listed on the NYSE in 2014. He retired from The New Home Company in 2017 but remains on its Board. Both Lisa and Wayne enjoy travel and are involved in the active management of real estate in California and Hawaii. They are active with various philanthropic and volunteer pursuits, but their support of the Nazarian College and its students is their shared interest. Lisa and Wayne have three children: Dani, Katy and Brian.