Learn the behind-the scenes-stories of all that goes into creating some of Hollywood's most popular movies and television shows! 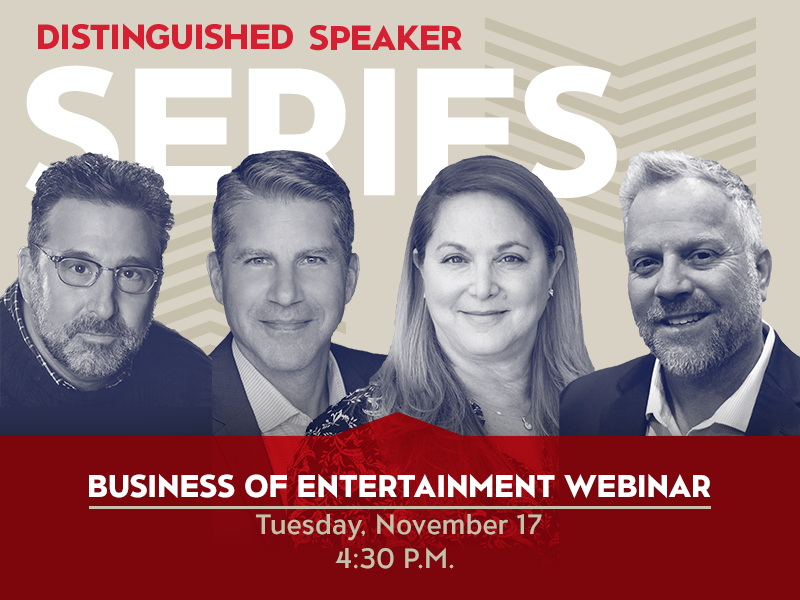 Our panel of incredibly talented CSUN alumni will share their experiences, how they built successful and diverse careers in entertainment and what it takes to make some of America’s greatest productions. The panel will be moderated by Nazarian College alumnus Bruce Gersh (Accounting ’91), Strategic Advisor and former President of PEOPLE, Entertainment Weekly and PEOPLE en Espanol and Four M Studios at Meredith Corporation. Gersh is an Emmy-winning media and entertainment executive with experience spanning a broad range of business units, platforms and genres.

Requests for accommodations can be made to two weeks prior to the event.

College of Business and Economics Events