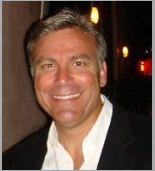 Alumnus Jon Georgio is the CEO of Gothic Landscape based in Valencia, California. It is the largest privately-held, family-owned landscape company in the United States. Gothic is a commercial landscape installation and maintenance company partnering with the largest home-builders, developers, class A office property managers, and HOA’s in the nation. The company has been recognized by the Los Angeles Business Journal as one of the fastest growing companies and one of the most influential family owned organizations. The company operates in Arizona, California, Nevada and Utah with over 2000 employees. Gothic’s mission is “to create long-term relationships, through team members committed to a culture of extraordinary service.”

Jon graduated from California State University, Northridge in 1983 with degrees in Finance and English. He has also completed the Management Development Program for Entrepreneurs (MDE) at UCLA. He is currently a member of the Advisory Board at CSUN's David Nazarian College of Business and Economics and has served on the City National Bank Advisory Board.

The Georgio family has recently created the Georgio Family Scholarship Endowment which provides five (5) scholarships to first-generation college students in the Nazarian College each year. They have also been actively involved in the Santa Clarita Valley for many years and is dedicated to the future of the community.  Jon and his family support numerous Santa Clarita Valley and National non-profits and organizations throughout the year. The Henry Mayo Newhall Memorial Hospital, the Michael Hoefflin Foundation, the Boy Scouts of America, Habitat for Humanity, Special Olympics, American Cancer Society, the National Multiple Sclerosis Foundation and many of the schools in Santa Clarita are just a few of the organizations that are supported by Gothic and the Georgio Family.