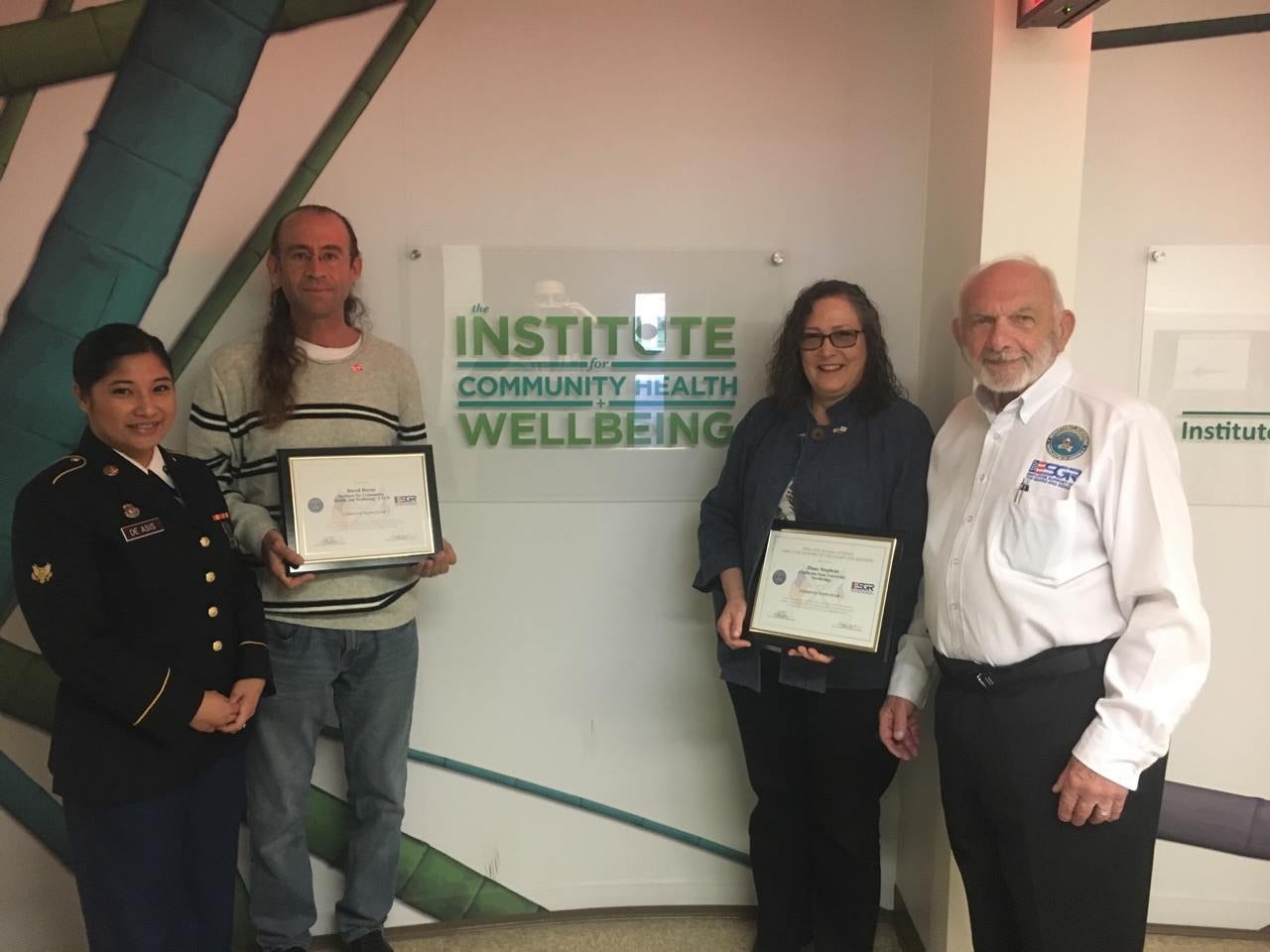 David Boyns, CSUN professor of sociology and the director of the CSUN Institute for Community Health and Wellbeing, was recently awarded the Patriot Award by the U.S. Department of Defense. Boyns supports BUILD PODER as a member for the Center for Assessment, Research and Evaluation (CARE).

"Government officials recognized Boyns and Stephens for their support of Danielle de Asis, a CSUN employee of the Institute for Community Health and Wellbeing who serves with the U.S. Army National Guard.

The Patriot Award was established by the Employer Support of the Guard and Reserve and is given to employers who support citizen warriors through measures including flexible schedules, time off before and after deployment, and granting leaves of absence if needed.

De Asis, who nominated Boyns and Stephens, said they deserved the award for the accommodations they made and the support they offered when she had to take a three-month leave from the university in 2015 for bootcamp and a two-month leave in 2016 to complete her advanced individual training.

“I’m the only full-time staff here at the [Institute for Community Health and Wellbeing], so when I’m gone, that means they’re out their administrative coordinator,” de Asis said. “David has been very supportive. Aside from allowing me to leave, he would also stay in touch by sending mail.”

The award came as a complete surprise to Boyns and Stephens. De Asis, who has access to Boyns’ calendar, had penciled in the ceremony as a department meeting at Santa Susana Hall on campus. A representative from the U.S. Department of Defense presented the award to Boyns and Stephens. Boyns said he was moved by de Asis’ nomination.

“I was very honored and very touched to be recognized,” Boyns said. “I feel like we have a responsibility to support our employees, but also to support our servicemen and women. For me, it wasn’t anything special that we did. It was just very natural, but [receiving the award] gave me an awareness that it was very special...”