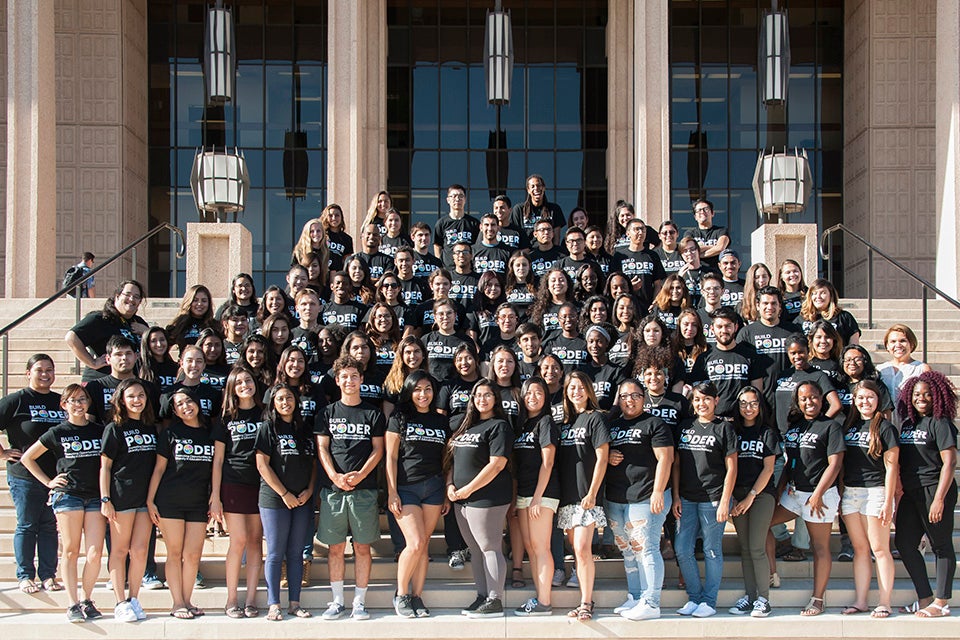 Cohort one and cohort two pose together at the beginning of fall 2016. Photo by Luis Garcia.

In 2014, California State University, Northridge professors of psychology Gabriela Chavira and Carrie Saetermoe spent many hours in Sierra Hall writing a proposal for a $22 million grant from the National Institutes of Health (NIH).

Their hard work paid off and CSUN became one of 10 sites across the nation that host the NIH’s experimental diversity research program, BUILD — Building Infrastructure Leading to Diversity. BUILD aims to increase the number of traditionally underrepresented students in the biomedical fields, by training undergraduates in biomedical research and providing financial support.

CSUN’s program is called BUILD PODER, with the second word standing for Promoting Opportunities for Diversity in Education and Research. BUILD PODER focuses on promoting health equity, as disparities in health exist between underrepresented communities and more privileged communities.

A primary focus of Chavira and Saetermoe’s grant proposal was social justice and critical race theory — a theoretical perspective that studies race and racial inequities in society. The professors chose critical race theory as the basis of the program because they wanted to do something unique beyond just increasing opportunities for research.

“We wanted to be innovative and so I asked, ‘Could we use critical race theory as the central focus of the grant?,'” Chavira said. “I didn’t think we would get the grant because, you know, what we’re saying is, ‘Let’s look at the biases that are within our university structure’ and ‘Let’s look at individual biases...’”