African Americans in Los Angeles, 1945–2000 Content and Text for Curriculum 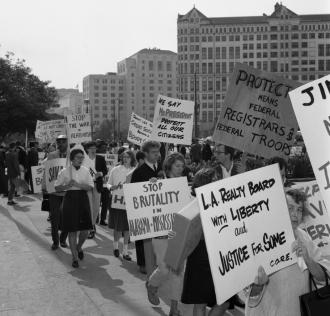 Major Components and Principles of the 11th Grade Curriculum

The curriculum consists of:

The principal method or approach is that for a particular content standard, lesson, or unit of instruction, students are provided several photographs, and students read, do research and write in order to create PPT-type slideshows, posters, essays, and presentations.

Students evaluate and interpret photographs as historical sources and texts, and create their own historical narratives.

Each individual lesson consists of: 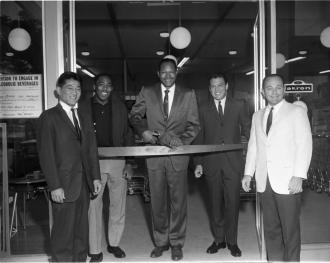 A Letter to a Colleague

2017 has been a difficult year for the country. Racial misunderstandings are in a high state of tensions, and old wounds from the Civil War have been re-opened. The relationship between the police and the African-American community is frayed, again, as it has seemed to be since the fire hoses and batons of the 1960s.

This new curriculum provides teachers a fresh look at the African-American experience, a regional one anchored in Los Angeles, sprinkled with a bit of Hollywood glitter, but unafraid to explore some of the darkest undersides of a largely unknown history.

From the 1940s to the 1990s, more than 17,000 images from three photographers - Charles Williams, Harry Adams, and Guy Crowder – provide evidence that there was a large, vibrant African-American community that had an important presence in Los Angeles, active in politics, law, civil rights, music and entertainment, sports, religion, and social organizations. What happened to that community from the 1990s to the present time? Where did it go? And while the community does not have the presence it had from the 1950s to the 1990s, how might that change? How can a community recover some of its past?

Four sets of lessons ask challenging questions, and provide teachers and their students access to the photographs which have been digitized with the assistance of a federal grant from the National Endowment for the Humanities, video and audio oral interviews, maps and interesting ideas for classroom activities.

We encourage you to review these lessons, attempt them in your classroom, share them with like-minded educators, and commit to revisiting and reinterpreting and rewriting history the way every new generation should. 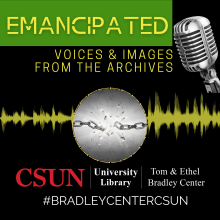 Race, Housing and the Fight for Civil Rights in Los Angeles