At the 1992 ASPAC conference at California Polytechnic State University, San Luis Obispo (Cal Poly San Luis Obispo), the ASPAC Board voted to establish the John and Mae Esterline Prize to encourage student participation in ASPAC conferences and to recognize the support given to students by our colleagues John and Mae Esterline. The name of the award was changed to the ASPAC-Esterline Prize and then to the ASPAC- Mori Prize in June 2014, in honor of Professor Barbara Mori of Cal Poly San Luis Obispo. As a long-time ASPAC member, Professor Mori advocated Asian studies, including Asian musicology, her area of expertise. She passed away in 2013, leaving a generous donation in support of this graduate student prize.

Through this prize, ASPAC recognizes extraordinary graduate student scholarship. It is open to all students pursuing graduate studies in any discipline, at any American university, and in any area of research pertaining to Asian Studies. Awards are given at the conference banquet. Currently the total award available is $300 and is awarded to the best paper, but if there are two papers of equal quality, the award may be split equally between the two papers’ authors. The author does not have to be attending a university in the ASPAC area to be eligible but must attend the annual ASPAC conference and present the paper to receive the award.

All graduate student proposals for the prize must include a cover letter from the supervising professor commending the paper to ASPAC. Graduate students wishing to apply for the 2016 ASPAC-Mori Prize should email both their supervisor’s cover letter and complete conference paper to Dr. Kristen Parris of Western Washington University at <kristen.parris@wwu.edu>. Papers are only accepted as a Microsoft Word document and should be between 15-20 pages in regular academic format. Powerpoint, slide, and other formats are not accepted. 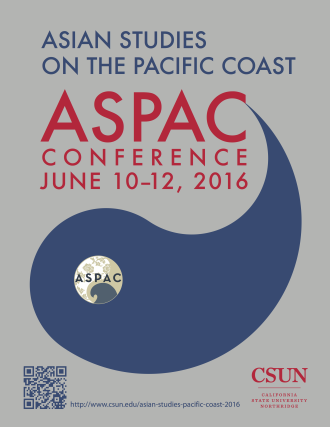